Behind every marriage lay unspoken expectations that may only be vaguely understood by the spouses, but which can cause much distress. 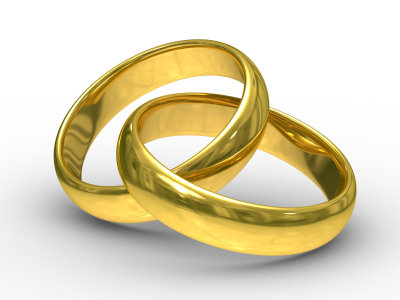 Did you know there’s a contract hidden behind the marriage license? That’s right. When you sign your marriage license you THINK you’re agreeing to the same thing to which the other person agrees. But like millions of couples before you, it won’t be long before you’ll discover you were mistaken.

You see, we all enter into marriage (or agree to live together forever outside a legally sanctioned union) with the assumption that the other person knows the ground rules as we understand them. These assumptions are not written down, of course, although some of them are discussed in the process of dating and in deciding that you want to be a couple. The rest (especially those that can later cause a peck of troubles) are kept firmly stored in your mind. In fact, you aren’t even clearly aware of some of them. Nevertheless, they are powerful blueprints you expect to follow as you go through life together.

The assumptions that appear in your hidden, unwritten marriage contract cover almost every aspect of what you expect. They concern your relationships with friends, the achievements both of you will accomplish, who will have the power to make major decisions, the role sex will play, how you will spend leisure time, how money will be spent, how much you will share of yourself or expect the other person to share, how you will raise your children, to name just a few of very important expectations.

Sometime in the first weeks of marriage, if not sooner, this contract will rear its possibly ugly head over some fairly trivial matter. It may begin when you try to fulfill some need of your partner in the belief that he or she will take care of your need, very possibly a need you haven’t verbalized. But if your partner doesn’t know the conditions you thought were in the contract — remember that they were never agreed upon in the first place — you are likely to feel angry, hurt, betrayed, and confused. You’ll be convinced your spouse deliberately didn’t fulfill his or her part of the bargain.

Initially you may forgive this “infraction,” but as months and years pass, the pieces of the broken contract will pile up and eventually your marriage may be in trouble — all because of an invisible marriage contract.

Remember, however, that your partner also has a secret contract, one you may know little about. But you’re expected to live up to it. Every time you don’t, your failure may easily be held against you, just as you count up the times he or she hasn’t lived up to your contract. And what can get you both in very deep trouble is when these contracts consist of strong contradictory wishes or needs. For example, you may have the desire to be independent and at the same time also require your spouse’s approval for your actions.

Your contract and that of your partner has three kinds of expectations:

Whether you’re planning to be married or are already married, you can learn a lot more about invisible marriage contracts if you play The Marriage Contract Game. [This will be posted next Monday on the blog.] It can help you become more aware of what you and your partner expect from one another.