This article originally appeared on the Support4Change website, and is reposted here.

The idea for this article grew out of a compromise I made which is, as my assistant reminds me, the “nuts and bolts” of marriage. 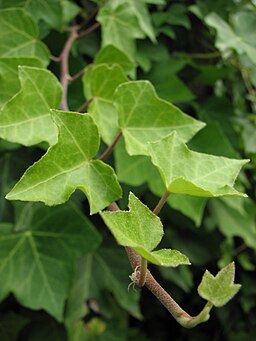 Lines are drawn in every marriage. Sometimes our positions are relatively unimportant and scratched in sand, where they can be easily erased and moved. However, basic values and principles on which we won’t compromise are chipped into cement. Getting us to budge on those requires major reconstruction. But sometimes we—especially perfectionists—can draw non-negotiable lines over insignificant issues because we need to be in control. Unfortunately, we often don’t know until we’re in the middle of a disagreement the kind of position our loved ones have taken—or how strongly we, ourselves, want to defend our opinion.

The last twenty-four hours are an excellent example of this phenomenon, although the origins of our particular conflict began more than ten years ago, when my husband and I agreed I would be responsible for the front yard and he had responsibility for the back. I hired a gardener, which made my part of the deal very easy. In the back, he periodically mowed whatever grass was able to survive (in an attempt to conserve water in arid Southern California, we decided not to water that area), picked up sticks that Santa Ana winds blew off our trees, and did some raking. He wanted a low-maintenance yard.

However, like millions of other couples who make such agreements, the devil is in the assumption that each person believes the other understands the contract the way he or she does. In our case, the trouble arose from the image we both had for how the yard is “supposed” to look. And over the years I’ve naturally operated from my assumptions. With few exceptions, this hasn’t been a problem.

Since I was around more than he, I noticed when the orange and lemon trees and some of the scrubs were drooping and watered them. That didn’t seem to be a problem for Bob, unless I sometimes forgot and left the hose running longer than intended. Also, wanting to do physical work as a break from sitting in front of the computer, I’d do some weeding, pick up dead bark the eucalyptus dropped, and rake errant leaves from the sycamores and the live oak (for those of you back east who may wonder why I mention our oak is a “live” one, the actual name is “California Live Oak”). These activities didn’t seem to encroach on his territory.

Then two years ago I removed some large-leafed ivy that had overgrown a semi-shaded area and hoped to talk him into allowing me to replace it with a drought-resistant flowering plant like lavender. A mistake. Bob, a gentle man who seldom gets angry, had a fit. I had to eventually agree he had a point, although at the time I thought I was only making a wifely effort to “pretty-up” the place. (I hate large-leafed ivy, which, if we’re not careful, will some day take over the world.) Besides, he hadn’t complained about weeding and raking I’d done before then, so I assumed he might even appreciate my efforts.

He made a sign saying “No plants are to be removed from this area!” and tacked it on a stick in the back yard to remind me that I had broken the agreement he thought we had made. In an effort to please him, I said I was willing to buy pretty, variegated, small-leafed ivy and plant it in that area. He said not to bother, he’d just let the few remaining pieces of old (ugly) ivy gradually take over again.

Yesterday I made another mistake. You see, when we moved here more than thirty years ago, there was an area about five feet by six feet that had a stone pathway and several small groups of profusely blooming bulbs that took little water or care. However, over many decades they’d grown in tight clumps and almost stopped blooming. From what I was told, they needed to be thinned. So I asked the gardener to ignore something in the front yard and dig up the plants and divide them. That way it wouldn’t cost any more to have this work done. I couldn’t dig them up and Bob wasn’t interested. Most of all, I didn’t think (big assumption) he would care if it was done since the plants would be replanted. In fact, I had mentioned this plan to him a couple weeks ago, but apparently my statement didn’t register.

Well, ladies and gentlemen, when the gardener was done and I saw how bare the ground looked with only a few plants (even though they will grow out and be much better than before), I knew there was trouble brewing. There was. Last night Bob said, in no uncertain terms, that I hadn’t kept my agreement.

So I’ve spent many hours today considering all this and what I want to do, what line I want to draw and where.

To understand what I finally decided, it will help if you know several things. First, we’ve been married for over forty years and have been through more than one disagreement, so I have a sense of how far I can push. Second, our personalities and interests are quite different, but we try to give the other space to be the unique persons we both are. Third, if I balance out the give-and-take over all these years, I have to admit that I generally get what I want.

It’s not that I don’t compromise. I do. It’s just that Bob generally doesn’t have an opinion (or doesn’t have a strong opinion) about a number of issues about which I do have an opinion (sometimes a fairly strong one). Fortunately, as a recovering perfectionist I am learning to be more flexible, but the truth is that, in the past, I pretty much have been able to decide not only what happens in the front yard, but have made many decisions about the inside of house. Also, we are finally having a deck, something I’ve wanted since we moved in, constructed in the back this spring.

That is why, when he comes home tonight, I will tell him this: “While I believe my actions were within our agreement because I wasn’t putting in new plants, but only replanting the ones that had previously been there, I can see you feel strongly about the matter. While I will enjoy the additional blooms, they are not worth it if you end up feeling there isn’t any place in our house and yard where your decisions can be final. I am willing to not do any work at all in the back (other than watering so plants don’t die) unless I tell you specifically what I would like to do and you agree.”

Now I’m clear that Bob’s interpretation of the yard agreement is important to him. And while I don’t know how firmly he’s drawn “his” line, I can only be responsible for how flexible “I” am willing to be. And my interest in having blooms, compared with his interest in low-maintenance, isn’t worth taking a stand to defend myself or my position, even though he’s unlike to ever want flowers.

The stand I take is on my commitment to loving this man with whom I promised to remain faithful “as long as we both shall live.” So in the end, it doesn’t matter whether I convince Bob to accept my image of what our back yard should look like. It doesn’t matter if it isn’t the beautiful place I’d like it to be. What does matter is that I continue to love him and respect his rights in this partnership, which, in this case, means I accept his view of our yard agreement as fully as I can understand it from his perspective. I win often enough in this relationship. I don’t have to win this issue as well.

What is the crux of this lesson for recovering perfectionists? It is that we have to be ever-vigilant in recognizing that not all lines are permanent. We don’t always need to get our way. And we have to keep our eyes on the wider picture of what we want from a relationship and from life in general.